With the continuous development of the LED lighting industry, smart lighting has become a standard feature in the smart home market. With DALI (digital addressable lighting control interface), an open protocol, products from different manufacturers are compatible with one another, allowing users to build a comprehensive and coordinated lighting system. How to effectively integrate the lighting system of smart homes is the goal for major manufacturers. Foreseeing the future development needs, MEAN WELL has launched the first lighting system controller, DLC-02, which complies with DALI-2 regulation. 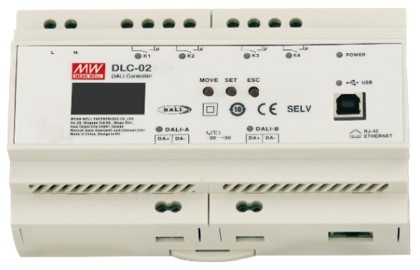 The DALI system comprises three parts: Bus Power Supply, Control Device and Control Gear. The control devices include input devices and application controllers. Complying with the latest DALI-2 controller (Control device-Part 103) standard, the DLC-02 are built-in two independent DALI power supplies (each providing 250mA current), which can be used as a bus power supply and application control in the DALI system. With the DLC-02, only the input device and control device remain to complete a DALI system. 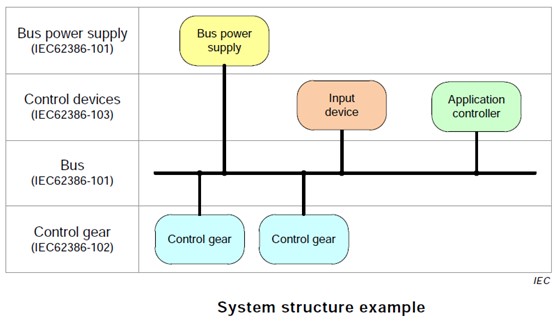 Input devices include a DALI master, sensors, and control panels, parsing environmental information or personnel operation information into DALI commands and forwarding them to the DALI bus. After the application controller receives the commands on the DALI bus, the corresponding control device is executed, such as different scenes, color temperature, illuminance change adjustment and control of exhaust fans, curtains and other electrical equipment. DALI divides the following types of control devices (Control gear) according to different application functions and fields. 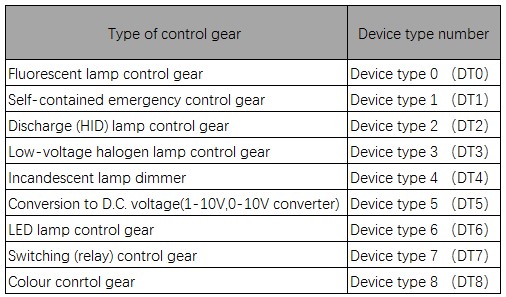 Tbl1. Types of control gears
DLC-02 has been fully certified by Diia. Compatibility between these devices is never an issue as long as the input and control devices match the requirements of DALI standards. The DLC-02 series is an excellent choice for upgrading an existing system or installing a new one.
An indoor office lighting system case with DLC-02: 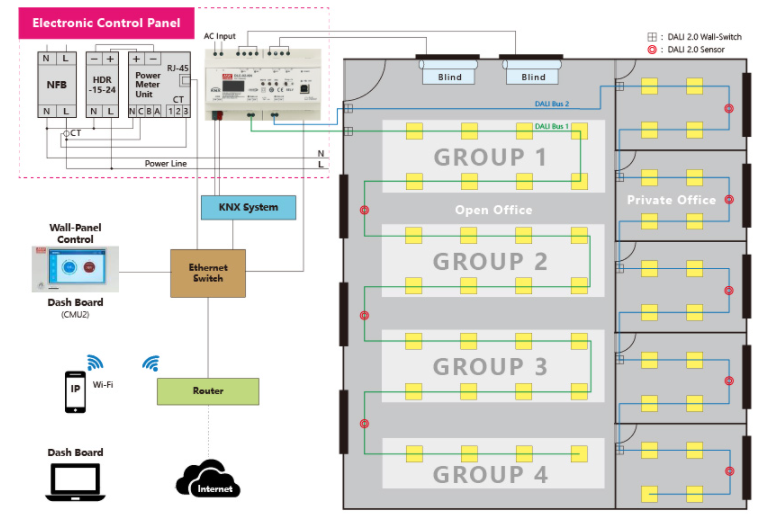 Fig3. An indoor office lighting system
All input devices and control gears on the DALI bus are addressable through DLC software or Web interface (need to be on the same LAN as DLC-02). Each lighting figure can be assigned to corresponding groups or a new group based on user desire. The parameters may then be specified, and the logical relationship between the panel switch, sensor and light control can be built. At the same time, the built-in relays on the DLC-02 can be utilized to control a shutter switch.
Main function settings:

Fig4. Timer setting
For additional features of the DLC-02 in a DAIL-2 system, please refer to the demonstration of its demo tool: DLC-02 Demo Kit.
{formbuilder:2637}